While many people think that branding is a relatively new marketing strategy in the cognac industry, a look back through the history of cognac shows that it’s a tradition that’s been many years in the making.

Back in the mid-1700s, merchants of British descent settled in the region of the Charente – and around the town of Cognac in particular. It was thanks to these commercial minds, along with the agricultural strength and industrial talents of the producers of eaux-de-vie, that cognac became the worldwide name it is today, compared to, for example, its much lesser known cousin armagnac – produced in Gascony –  which has nowhere near the universal appeal or market reach as cognac does.

Once the popularity of cognac began to grow, the major producers began to realize that they needed something to identify their brand – an emblem – in order to protect their name.  This occurred way before the modern concept of trademark or branding. Here are some of the legends used to create the emblems that are now the hallmark of top-quality cognacs.

The number one cognac emblem is of an arm holding a hatchet. This is taken from the crest of the founder of the cognac house – Richard Hennessy (1724-1800).  The crest of arms originally included a wild pig and the motto “vi et armis vivo” that means “I live by force and by arms.” However, the pig was removed from the emblem because it was considered to be not commercial enough. Richard Hennessy lived a military life, and fought Protestants in the Irish Brigade of Louis XV. 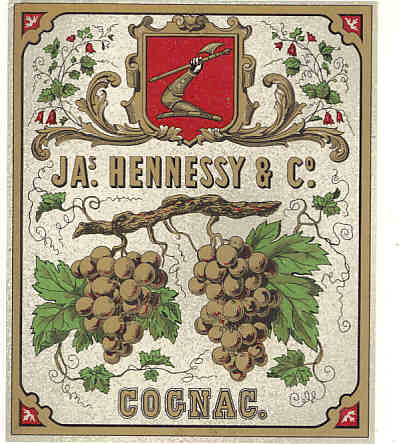 With its emblem of the centaur, Remy Martin’s distinguishing mark was chosen in 1903 by Emile Rémy Martin (1810-1875) and his son, Paul (1853-1924).  Indeed, the mark is so well known in China that they don’t request a glass of Remy Martin, instead they ask for “ren-ma-tao” (one man horse), a powerful symbol of virility, long life and health.

The emblem of the swift can be traced back the house’s founder – John Martell (1694-1753) and his love of watching the birds.  Apparently it reminded him of his childhood home in Jersey, Channel Islands.  He was, in 1715, the first foreigner to settle and engage in trade from Cognac.  And he was definitely an entrepreneur of his time, selling a variety of products including stockings, petticoats, coal and tulip bulbs.

No-one needs reminding that the emblem of Courvoisier is that of Napoleon. Stories are regaled to tourists that the emperor himself ensured that some barrels of cognac were carried aboard the ship that took him to his second place of exile – the island of St Helena – after his defeat at the Battle of Waterloo.  Reportedly the British officers on board exclaimed ‘it’s the brandy of Napoleon!’

Indeed, faced with the actual hat Napoleon wore at the 1807 Battle of Friedland and his grey coat purchased by Hennessy at great expense from Sothebys, what tourist could fail to be enamoured by this story.

But if the truth be known, the history of Courvoisier only dates back to the year 1835, and Napoleon was exiled to St Helena in 1815.  The trademark of Napoleon was actually an advertising legend fabricated by the Simon Brothers in the year 1909. But it’s still a nice story! 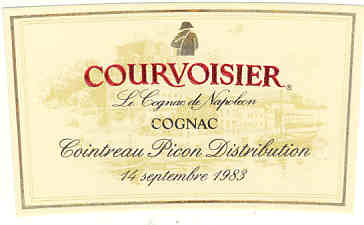 The emblem of Camus Cognac is often mistaken for a clover – but it is actually a Trefoil Cross.  Referred to by Camus as ‘Le Grande Marque,’ the symbol was very popular in Russia, worn by, if legend is to be believed, Gaston, the son of John the Baptist when hunted polar bears in the company of Tsar Nicholas II.

The Trefoil Cross is actually reminiscent of the old key to the cellar of the ancestral home of the Camus family – Chateau du Plessis, Saint-Sulpice-de-Cognac.  In 2005 the emblem was modernised and stylised to what we know today.

A lying deer is the emblem of Hine cognac.  There has been much speculation over the years as to the story behind the mark – many believing that it’s a play on the word ‘hind’ – an old English word for deer.

However, much as this is a nice tale, there is no proof to back this up.  The truth is that the deer marking, introduced in 1867, simply arose from a letter written by the house’s head at that point, George Thomas Hine, who wrote “If we need something other than our brand on our boxes, we could use a deer.” 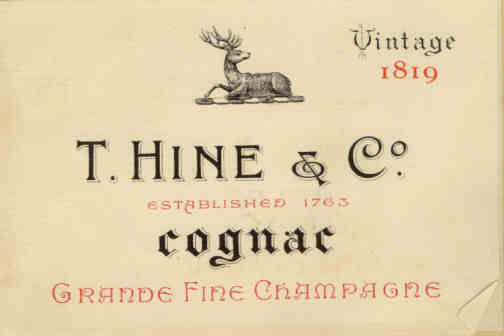