Cognac-Expert.com: Mr Mabombo, as the brand manager for Hennessy in South Africa, what are your operational fields?

Avukile Mabombo: I’m the brand custodian responsible for the brand’s strategic direction and implementation of all marketing activities whilst also providing support to the sales team on commercial and trade related projects.

CE: How is the market situation for both Hennessy and cognac in general in South Africa?

Traditionally whiskey and brandy have been an extremely popular categories within South Africa. The cognac category is largely being grown by Hennessy as the outright market leader. As a result we are largely competing with premium brands across whiskey and other premium brown spirits as opposed to the rest of the cognac brands. Over the last four or five years, Hennessy’s growth has been disproportionate to any of the other cognacs to the position where it is equal to some of the popular malt whiskeys.

CE: South Africa is a melting pot, who actually drinks cognac and in which regions?

Hennessy’s growth has come from taking market share away from premium whiskey and brandy drinkers who have gravitated to the brand as a trade up from their regular choice as a result of Hennessy’s unique intrinsics and luxury positioning. It is also no surprise then that the majority of this market is based in South Africa’s financial hub of Gauteng. However growth the brand is currently enjoying massive growth in other regions like KZN, Western Cape, Eastern Cape and Free State provinces.

“Hennessy’s growth has been disproportionate”

CE: Hennessy seems to be one of the most recognized spirit brands in South Africa, beating other top brands as Johnnie Walker, how come? Is it advertising?

Advertising helps in creating mass awareness and we have increased our investment in ATL over the last few years which has definitely created more recognition. However if you look at the recent Sunday Times Top Brands Awards which Hennessy won ahead of the likes of Jameson, Johnnie Walker, Glenfiddich and Chivas Regal, awareness was not the only criteria. “Brand awareness” was measured in conjunction with “usage” and “consumer experience” which means that not only are more people become aware of the brand but they are starting to interact with it more and most importantly walking away with position experiences from those interactions which not only has a positive impact on the brand’s equity but a ripple effect in terms of recommendations and word of mouth. So aside from the advertising the other BTL activations like Hennessy Artistry that we have established contribute to this and most importantly the product itself has been something which people have enjoyed once tasting it.

CE: How is cognac drunk in South Africa? Any specific ways of consuming VS VSOP or XOs?

VS is the most popular Hennessy brand in South Africa and is consumed in a number of ways. A lot of people will enjoy it neat whilst others on the rocks. Because of the strong night club consumption around VS, it is also drunk with complimenting mixers like mineral or soda water as well as ginger ale and apple juice. VSOP and XO are largely drunk neat or on the rocks without any mixers.

Long Street is a melancholy of activity with various types of people so I would be surprised if any one category dominates this entertainment hub. However, Cape Town being one of the biggest growing regions for Hennessy this is obviously spreading to a lot of the outlets within Long Street as well. There is no one kind of place where you will see Hennessy being consumed, be it Marvel, Kennedy’s, Long Street Café or Daddy Cools and everywhere in between you will find people enjoying a Hennessy in their own unique way.

CE: We know South Aftica has a great tradition of wine making, Stellenbosch etc. How important is South African brandy, which market share does it represent in comparison to cognac, and what do you do about educating consumers about the difference?

Brandy has a very “traditional” image attached to it and has lost a lot of market share to whiskey over the last few years. With an increasing cosmopolitan middle class with great aspirations in South Africa this has translated into growth for brands with more premium credentials. As a cognac with very unique proposition, Hennessy has been able to compete within this environment and educate consumers through various tastings and brand animations.

There is a wide range of Hennessy activity catering for various markets in the different regions. The brand established itself in the event space in Gauteng about 4 or 5 years ago through the exclusive Hennessy Nights which were held at the premium night clubs Moloko (now Hush) and Taboo. The Hennessy nights have since spread across the country as a top night club experience. Aside from this, Hennessy Artistry has developed into one of the most anticipated music activation on the calendar taking place across the country with a blend of top musical acts collaborating at various events. Hennessy dinners are also held for specific occasions like Father’s day or new product launches or VIP trips like the recent visit to South Africa by Maurice Hennessy. We have also collaborated with other top brands like Louis Vuitton, Bentley and Patek Phillipe for their own functions as well.

CE: What is the most spectacular/interesting ad you did for Hennessy in S. Africa?

All of our ads have been spectacular and I’m not just saying that. Our initial “Never blend in” print campaign with hip hop legend Rakim was powerful and unlike anything any of the alcohol brands had done at the time. Now everyone wants to have a celebrity in their ads, whether it fits the brand or not. The latest “Flaunt your taste” campaign is epic to say the least. It’s the ultimate representation of luxury depicted in such an effortless and non-pretentious way, in true Hennessy style.

CE: Speaking about Africa as a whole, do you think there is another country with the right middleclass target group, where a cognac growth market could develop?

South Africa is not the only African country where Hennessy is growing. Angola, Nigeria and other East African countries have also taken to the brand in a big way.

CE: Mister Mabombo, thank you for the interview. 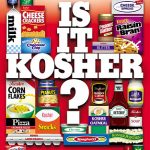 Is Cognac Kosher? Is There a List of Kosher Cognac and Brandy?