The Blues Passions Festival of Cognac (France) is a great festival, specialized in african-american music. It takes place every year, end of July in the town of Cognac. The locations are spread all over town, one in the Public Garden of Cognac, on Place Francois 1er and of course in the streets of the town. One week of blues, jazz and funk vibes – and all that in Cognac. So if you are into cognac and like that kind of music, this could be the best festival in the world for you. RnB, Gospel, Blues, Soul and much more rythms and sounds will be produced this year in the medieval town in Charente, France.

There are some concerts which are free, for example the concerts on August 1st.

Let’s have a look at this year’s lineup:

Here you see this year’s poster

One location is called Groove au Château – groove in the castle:

This event takes place in the Château des Valois, headquarters of Otard Cognac. The location benefits from great acoustic advantages, as the form of the space is quite particular. This one is not for free, you would have to pay.

And who was in Cognac, for the Blues Festival? It all started in 1994

If we look at all this, quickly an idea comes up. They call it “afro american” music festival – and it takes place in Cognac. Wait a moment!

Where are the rappers? The hiphoppers? The players? Come on. Those artists became so important for the cognac world, especially for the US market.

Where is the rap?

Seriously, why not? Of course one can understand that it wouldn’t make sense to have Eminem in Cognac, rapping about drugs and violence. Firstly, there won’t be enough people that are interested in US rap in the region and secondly it could become a local image problem.

But there are rappers like The Roots (Hennessy already partners with them), Black Eye Peas or Blackalicious.. they all make black, afro american music and have reasonable content.

So if the BNIC lobby asks itself, hey how can we make cognac popular again in France?, they should think about importing the US lifestyle, including the cocktail trend, back to France. Events are great for branding because emotions play an important role.

Cognac world: Think about it the next time. 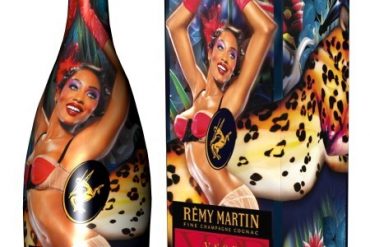