Flavor Flav – a rapper from the band Public Enemy, is poised to add Cognac to the growing list of products to which he lends his name.  Not only is he coming out with ‘Le Flav Cognac’, but look out for such delights as the champagne ‘Chateaux le Flav’, a melange of different flavoured vodkas under the name of ‘Le Flav Spirits’ and his own range of fried chicken as a rival to KFC – which will be known as FFC.  Flav’s Fried Chicken.

It’s an unashamed leap onto the bandwagon of other rappers who have already successfully backed their own brand of cognacs.  Such as Snoop Dogg with Landy Cognac, Dr Dre with his Aftermath Cognac and Ice T with the Original Gangster XO brandy.

So, has Flavor Flav spread himself a little thinly, putting his name to so many products all in one go?  Only time will tell.  The vodka, cognac and champagne are due to hit the shelves in January 2011, and the fried chicken will soon follow.

As of yet, no other details have been released about ‘Le Flav Cognac’.  Indeed, does the Cognac world need another rapper inspired bottle?  It seems that Flavor Flav thinks so.  And to be honest, anything that encourages more people to participate in the delights of Cognac should be a good thing – let’s see how well ‘Le Flav Cognac’ is presented and in which way.

Flavor Flav has said “I want you all to keep on the lookout.  I’m coming out with a cherry vodka, a berry vodka, an olive vodka, a sweet tea vodka, a bubblegum vodka and a grape vodka.”  And the reason for the chicken?  Well, he wants to share his love of it.  “Y’all heard of KFC, right?  Well this is FFC, Flav’s Fried Chicken.” 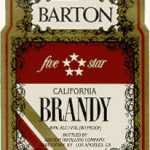