“This is a sharp Medicine, but it is a Physician for all Diseases.”

A drink named after the hero of the time, this 16th century punch was popular right up to the birth of the first cocktails at the end of the 18th century.  A Posset is a drink originally served warm made with milk whey or boiled cream with sweet red wine (Malmsey or Madeira), French brandy, sugar and spices – with Raleigh’s recipe including a boost of English ale.

The earliest listed recipe for this drink can be found in print by Dick Humelbergius Secundus, Apician Morsels: or tales of the table, kitchen and larder – 1829.

In a pot, bring to a gentle simmer whole spices, milk, cream and sugar. Stir in the remaining ingredients holding back on the Courvoisier Exclusif till later.  Keep on a low heat for about 3-5 minutes until warm and aromatic stirring constantly to prevent separation.  Taste and add more spice or sugar as required.  Pour all contents into an ambient punch bowl stirring in the cognac to finish.  Serve in insulted cups with a fresh grating of nutmeg.

The man behind the drink

Thought to have been born around the early 1550s at Hayes Barton in Devonshire, England – Walter Raleigh grew up in a strongly protestant family who supported the Huguenots (French Protestants) who were in the middle of what would be eight civil wars against the French Roman Catholic church at the time.  Raleigh joined the Huguenots from a young age and developed skills in warfare and leadership that would serve him well later in life.  After his time with the Huguenots, Raleigh turned his eyes to the sea and was commissioned as a privateer with his half brother Sir Humphrey Gilbert.  A privateer status, gives rights to the bearer to engage and capture any enemy vessels and cargo under the rights of the crown – more accurately a legal pirate.  It was here that Raleigh met Sir Francis Drake – a gentleman that today is credited with creating the first Mojito cocktail, then called “El Draque”, but that’s another story.

The love of a Queen

During Raleigh’s youth, the pro Roman Catholic Queen Mary I was on the throne – aka “Bloody Mary”, a name accurately given when over the last 4 years of her reign 288 protestant’s were burnt at the stake – charming.

In 1558 however Queen Elizabeth I came into power and was more open to the Protestant voice.  As such Raleigh, with his natural charm and 6 foot tall dark features, won the attention of the young queen and eventually a friendship blossomed (some say more…).  With his military experience and courtroom confidence, his influence grew and the young revolutionary was soon granted the title of “Captain of the Guard” in which his new role saw him successfully foil a conspiracy to replace Queen Elizabeth with Queen Mary of the Scots, therefore solidifying his royal friendship.

The close relationship Raleigh had with Queen Elizabeth I is no better defined than through her reaction at discovering his love affair with one of her Maids of Honor (Bessie Throckmorton).  Displeasure might have been an understatement as Raleigh quickly found himself locked in the infamous Tower of London for this betrayal of honour.  Raleigh was eventually released however and his love for Bessie remained despite the now tainted relationship with the Queen.  Walter and Bessie eventually married and retired to his Estate in Devon.  It was short lived however as Queen Elizabeth passed away in 1603 and the new King James I had Raleigh locked up in the Tower again, framed plotting against the throne. Yet again he was eventually released but after men under his command illegally engaged a Spanish outpost in South America, was returned to the Tower of London – for the third time – under his initial charge and eventually beheaded in 1618.  As was common at the time, his head was embalmed in rum and presented to his wife as a keepsake.   At least it wasn’t Brandy!

With his new reputation and power in early 1580’s, Raleigh turned his sites to the emerging colonies in the Americas and in 1584, commissioned two ships to explore the New World for potential sites for colonisation.  His first voyage found his crew landing on Roanoke Island (off modern day New Jersey – East Coast of USA).  Upon landing and meeting the local natives, Raleigh’s crew tried to request the name of this newly discovered land.  When Roanoke was given in response, the name remained and Raleigh later passed a Bill before parliament to confirm his rights to the land.  It wasn’t until later however that they learned the name translated to “you’ve got good clothes”!

Upon a successful return to England with trinkets, plants and two natives (albeit now with good clothes), a larger second expedition was deployed two years later with the population and supplies to colonize and setup the city of Raleigh (Walter just didn’t have the same ring to it).  Unfortunately the colonisation wasn’t to be and despite repeated support expeditions, the colony was finally abandoned in 1603.  The capital of the state of North Carolina however remains Raleigh to this day in memory of this early attempt.

It is a common misnomer that Raleigh was responsible for bringing Tobacco and Potatoes to the West, it was actually his close friend, Thomas Hariot who was key to helping develop Raleigh’s new colony, who both discovered and transported these new commodities back to England.  In fact, Raleigh was not permitted to go on any early voyages as the Queen decreed he was too important to risk his life on such expeditions.  Hariot wrote precise descriptions of his discovery of both of these goods calling the potato after the native name Openhauk where as Tobacco was already named as such by early Spanish sailors who had already partaken of the bizarre local tradition.  It was Raleigh however who made smoking fashionable back in England on return of the plant and who planted the first potato at his home near Cork, Ireland.  The rest is rich history defined by the Marlboro Man and the French Fry.

While developing his colony in America, Raleigh heard of a legionary “City of Gold” in South America and commissioned a further expedition to find it in 1595.  The trip however was not a success despite exploring deep inland up the Orinoco River in Guyana.  Despite the failure, Raleigh’s renowned literacy skills were put to fine use when he published an exaggerated account of his findings, the publication which would later be the source for the famous story of “El Dorado”.  So convinced by the existence of this City of Gold, Raleigh commissioned a second trip in 1616 but succeeded in only upsetting the Spanish residents, leading to his eventual execution two years later.

It’s amazing what one must do to have a drink named after them! 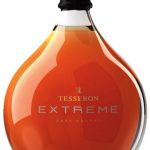 Biodynamic Status Makes Tesseron Extreme A Cognac To Be Reckoned With 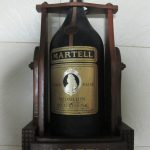