As we’ve been reporting for some time now, the market for luxury goods – which of course includes cognac – is being fuelled by the seemingly insatiable Chinese demand.

This, naturally, has led to some fears amongst investors that this particular bubble might have a finite life and be poised to burst.  And these fears have been exacerbated in the past weeks by reports from luxury group, Burberry, who spoke about a sharp drop in sales in the three months leading up to June 2012.

However, figures from posted by Rémy Cointreau – parent company of Rémy Martin Cognac – shows the three months to June 2012 saw organic sales in both China and the US rise by 24.4 per cent.  Sales are particularly buoyed by sales of Remy Martin Louis XIII Cognac, which sells for around €2,000 euros per bottle.  China currently accounts for 62 per cent of Remy Martin’s total cognac sales.

It’s a similar story for the Paris based group, Hermès – famous for scarves and leather goods – who have posted increases of 27 per cent over the same three month period to June 2012.

So – is the Chinese golden age of cognac drawing to an end?  Only time will tell.  But it’s good to see that strong sales are not restricted to a single market, with the US continuing to back, as well as other emerging markets such as India, South America and Africa.  Hopefully this means that if the China market does slow, that there won’t be a ‘cognac crash’ such as that which was seen some years back when Japanese sales fell through the floor. 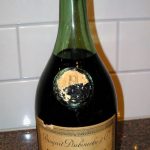 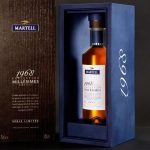