I take the car and set off on my way to a “lieu dit”, that of Château des Plassons, on a Sunday afternoon in March 2010. I had heard of two young brothers that had taken over a Cognac distillery nearby, and this certainly piqued my interest.

The estate is only about 15 kilometers away from our home, so it’s not too far a trip. Listening to Beethoven, I drive through the landscape of the Bon Bois growth region of Charente. It truly is stunning. 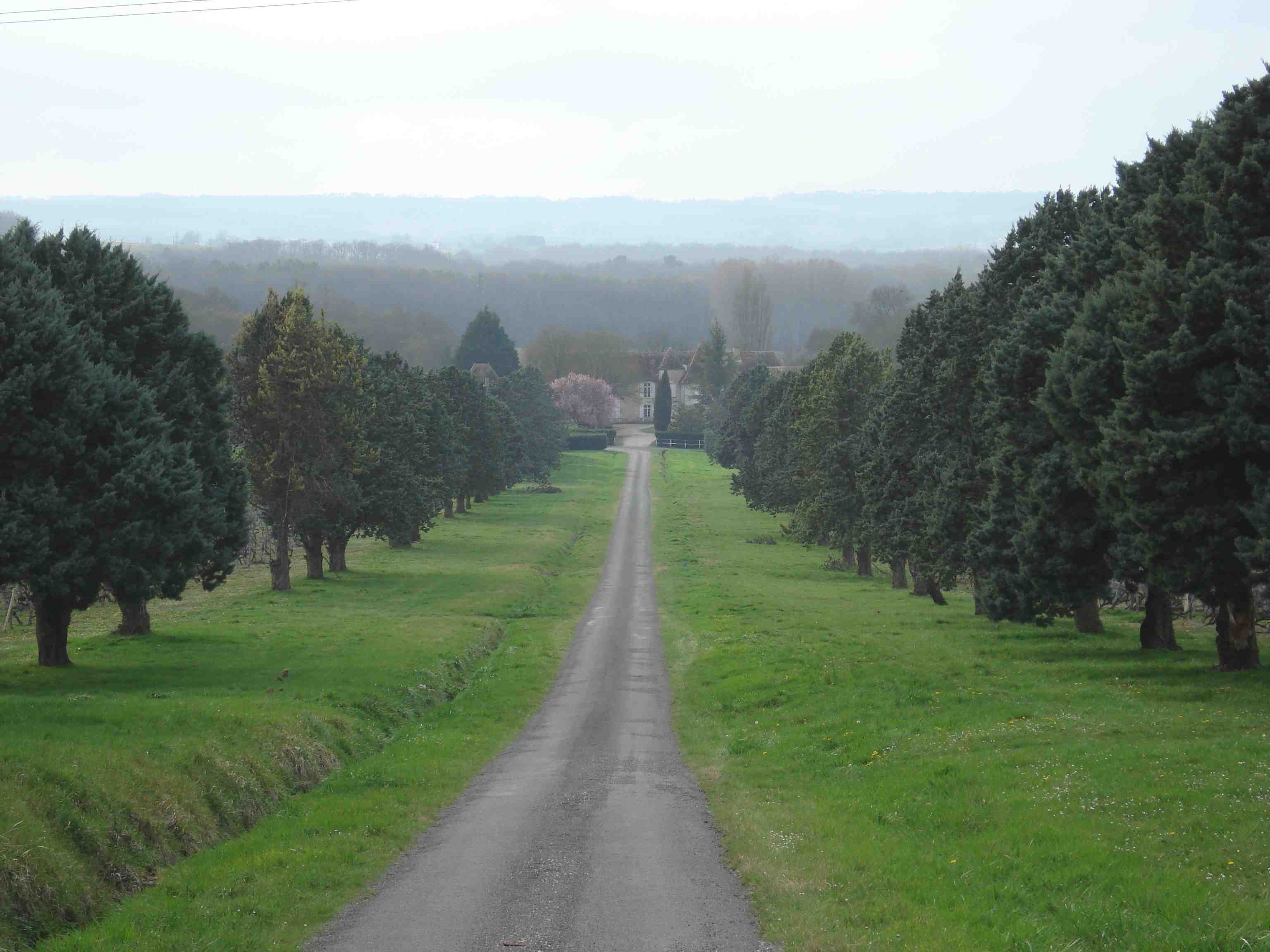 Arriving in Bors-de-Montmoreau, road signs lead me to my eventual destination. The first impression of the château is outstanding; there’s a long tree-lined road leading to the entry of the courtyard, and it is rather majestic. On both the left and right-hand sides, the estate is lined with vineyards, which I assume belong to the property. 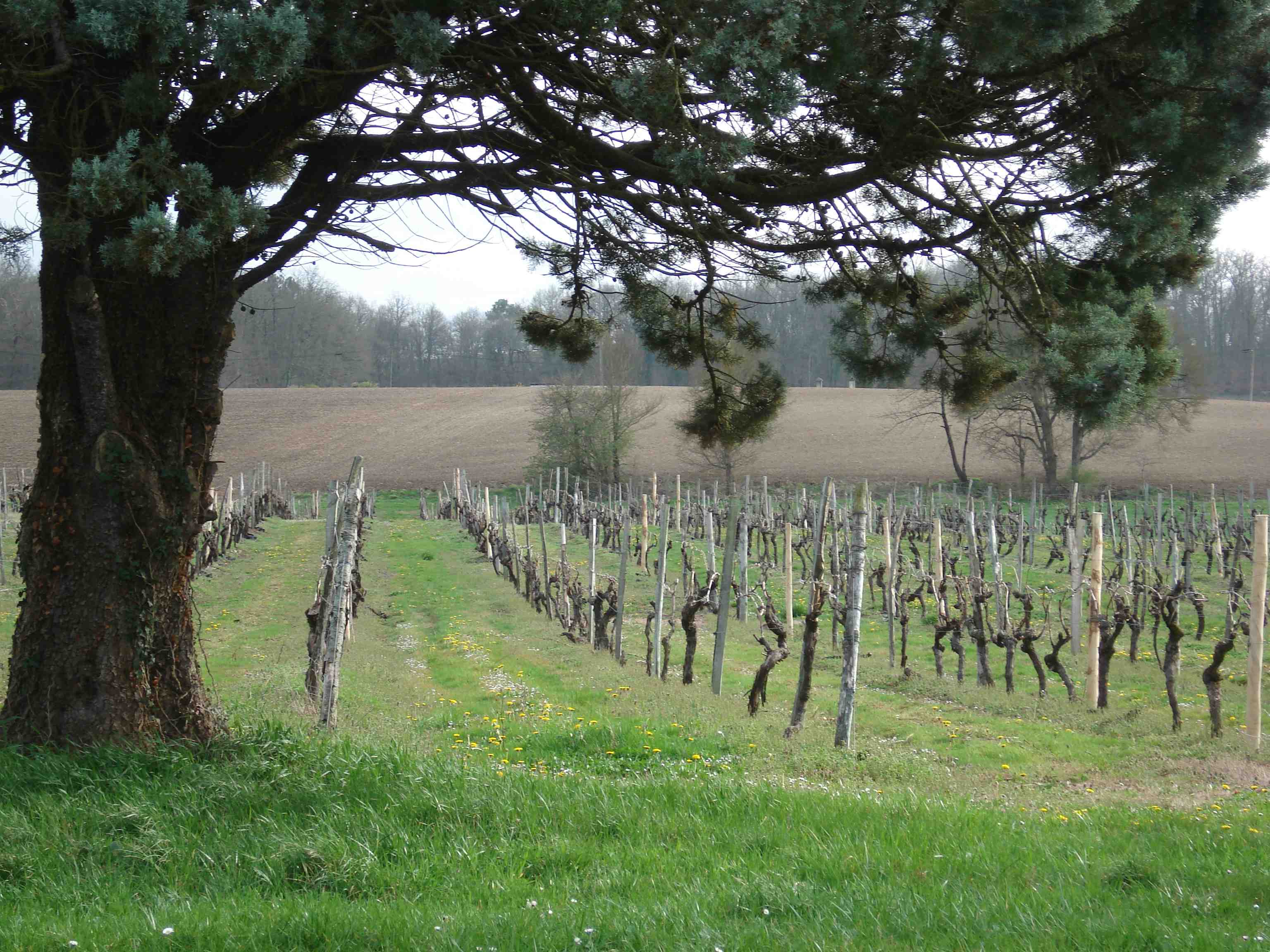 All I really know of the building is that it was built by a preacher from Aubeterre in the 16th century, I discovered this in a book that I found stacked near the fireplace at my father’s house.

The château was then handed over to Nicolas Raymond, and after that to Antoine Brides – a bourgeois of Montmoreau. It was then taken over by his niece Marguerite Gandillaud, and so on and so forth.

The domaine changed hands a few more times, and there was even a period when nobody really knew who the owner was – until it was finally taken over by the Hennessy family.

Hennessy later sold it onto someone else, until in 2008 two young brothers appeared in Bors-Montomoreau and went on to acquire the 30-hectare Cognac property. I was intrigued to know the story behind what happened there.

I stop the car to take a couple of photos from far away. While concentrating on taking the picture, I realize that I have forgotten to put the handbrake on – and that the car has started rolling down the path! I run after it and manage to catch the car; hoping nobody has seen me from the château. How embarrassing! 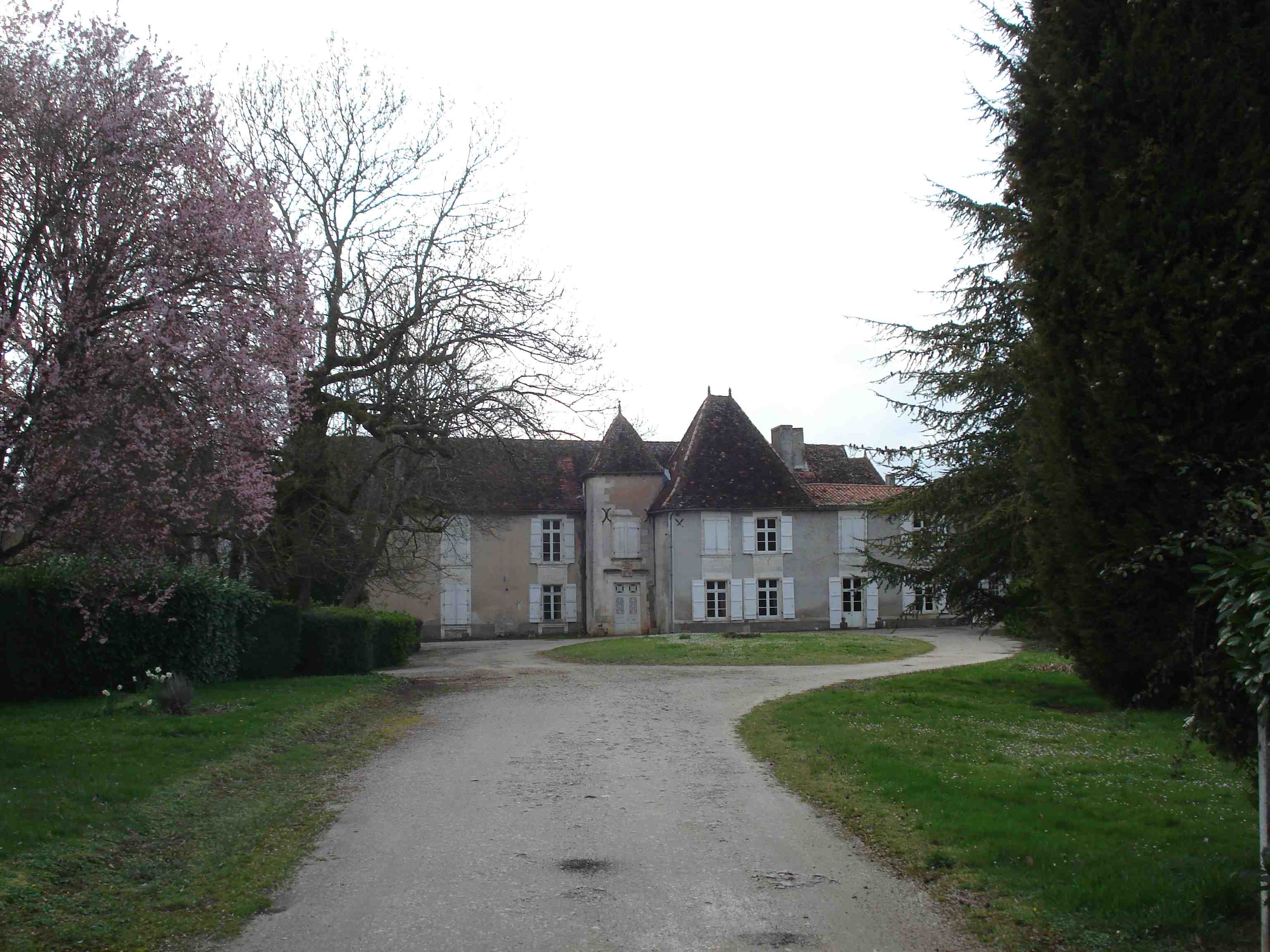 I enter the courtyard and I am struck by the impressive architecture of the house, which dates back to the 14th century and is dominated by several turrets.

Learning the story of the Pannaud brothers

It is at that very moment, that Julien Pannaud steps out of the door to welcome me.
The salle d’accueil (for tastings or dégustation) is in the process of being built, as is the shop, which will open at the end of the year. So we go through to the kitchen where I am introduced to Julien’s lovely wife and daughter before we all sit down in the living room. It’s a very private setting and I feel privileged to have been invited. David Pannaud is not there, but I only announced my visit 24 hours prior.
David and Julien were both born in Cognac, and their father was involved in Cognac production in Archiac. Yet David became a history teacher, and Julien studied business and began working in the chemical industry. 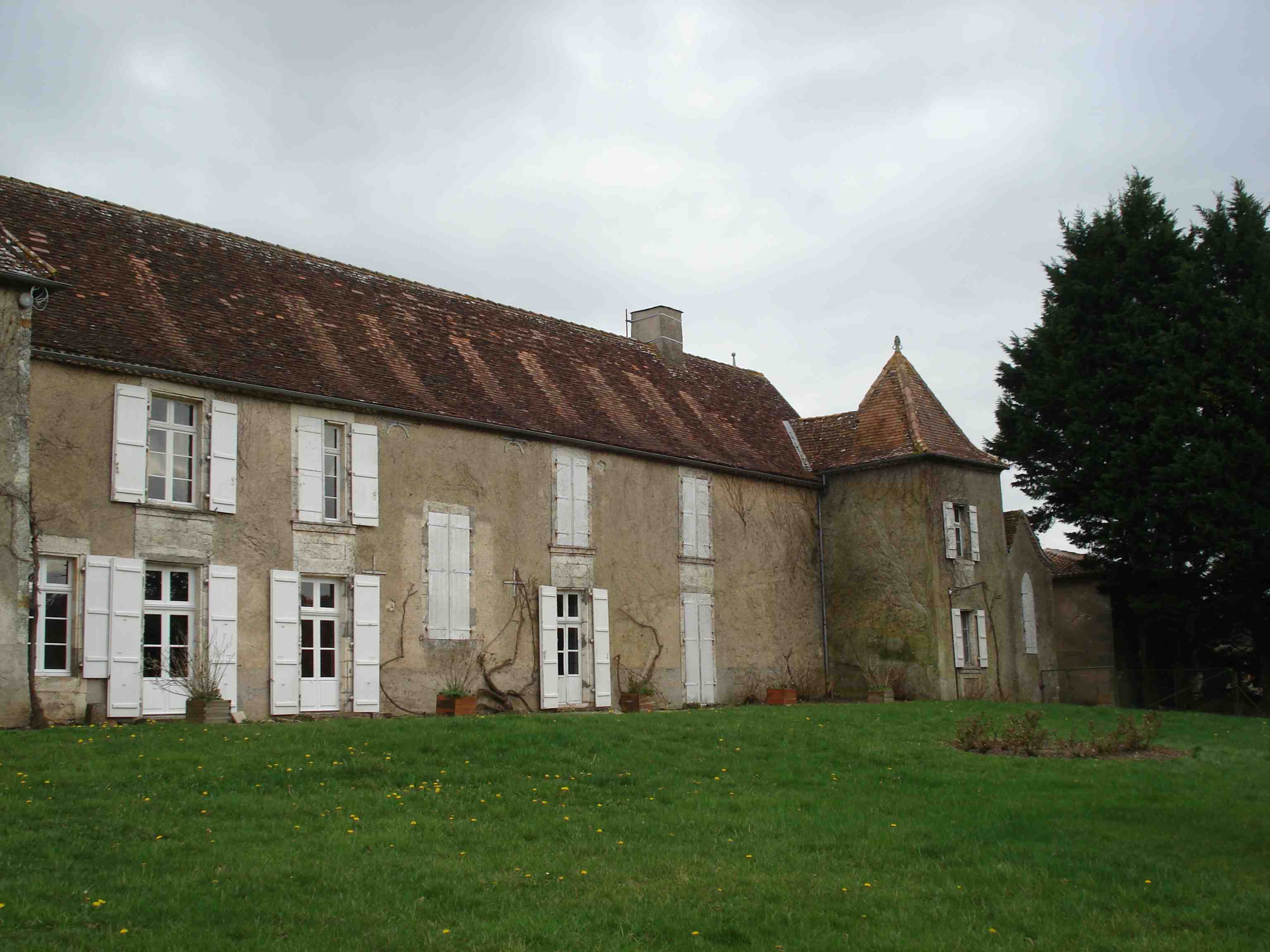 One day, after about 8 years, both brothers realized that something had gone terribly wrong. What were they doing there? Getting up every morning for something they did not even really support? They dreamt of working for themselves and creating their own products.

Teaching history and selling pharmaceutical products suddenly seemed far less interesting. It had to be Cognac, the family tradition.

“We are from the countryside, we know it from our childhood. Our father, our grandfather – they were wine growers and distillers.”

Julien’s very young daughter comes in, takes a piece of paper that I was making notes on, and with a big smile, simply runs off.

“The negotiations were tough, it took about six months – but finally we made it. My brother David manages the wine growing, all the work which has to be organized for the fields, the wine production – until distillation. My part is, more or less, sales and marketing. But for example, when it comes to distilling we all work together.”

Together with their father, the Pannaud family owns about 120 hectares of vineyard and there are two more wine properties in the family. The vineyard is situated in the Bons Bois area, which is not the highest quality grade (or category) regarding the soil. Nevertheless, a respected Bordeaux winemaker called it “the most coherent wine area”.

Soil characteristics often change every hundred meters or so in the Charente – it is rare to find many hectares with the same style of soil, let’s say argilo calcaire for example. 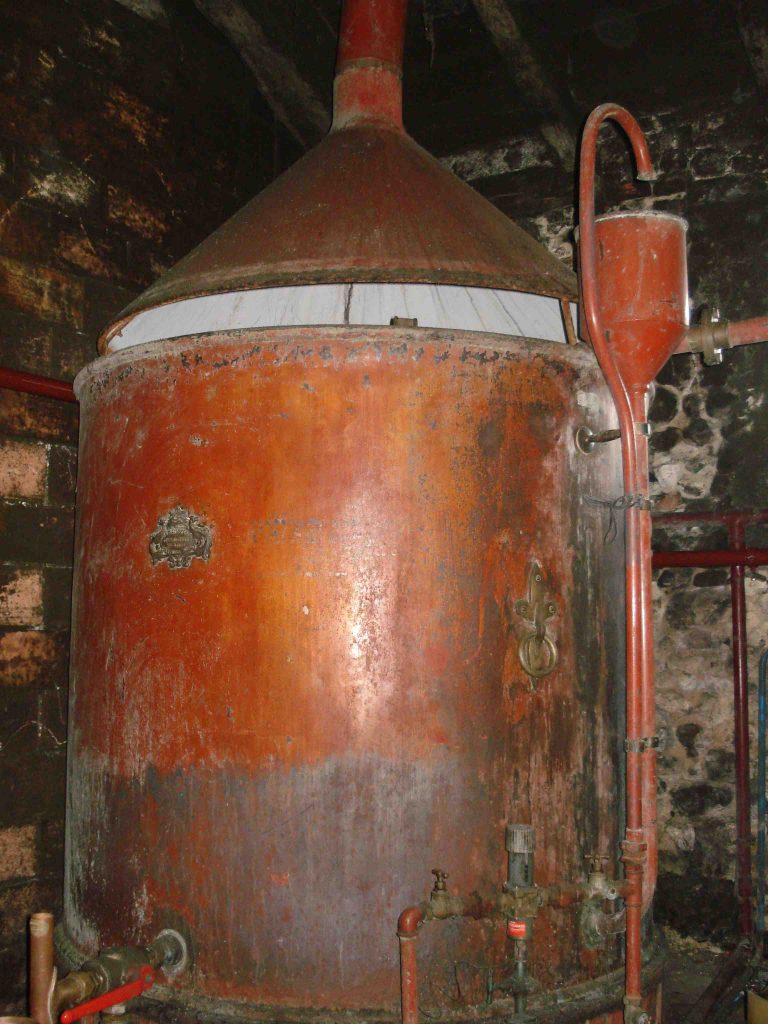 The Château des Plassons brand at home and beyond

The eau-de-vie, which is distilled at the Château des Plassons is used for the brothers’ own brand, with the same name. What’s more, the eau-de-vie is also used for blending with other family eaux-de-vie which is sold under their other brand, Rastignac. Like so many producers, the Pannaud brothers sell a part of their spirit to one of the four big Cognac houses.

“Of course we want to become more independent. The goal is to produce for our own brand. It is true, the bigger Cognac houses do not really like that strategy. Today we export our Cognac Château des Plassons to the US and Canada, Belgium and perhaps others will follow. We know it is important to concentrate on China, they are a “brandy country”, but it is not that easy to enter that market.

To give you an idea: If you want to make a deal with an American import company, you perhaps meet them three times. If you want to set something up with the Chinese, you’ll have to see them at least 10 times, and still, you are not sure whether the whole thing works out or not.”

Not only are the brand and marketing plans developing – but a lot is also still in progress at the château: The roof of the distillery is about to be redone, and certain machines have to be replaced or repaired – it has only been a few months since the brothers took over.

David and Julien are about to renovate certain elements of the château. But one very important thing stays the same – the alembics (pot stills) from 1922. I had never seen ones like these before. There are three pot stills at the domaine: One new alembic at a capacity of 25 hectolitres and two old alembics at 11,75 hectolitre capacity each.

Julien tells me there are perhaps four people he knows who are able to make those old alembics work properly. And they do work – but totally manually, “à la main”. While the new alembic works ‘on its own’ as it is electronically controlled – these old alembics are difficult tools. Luckily, one of those four persons mentioned is actually their father. 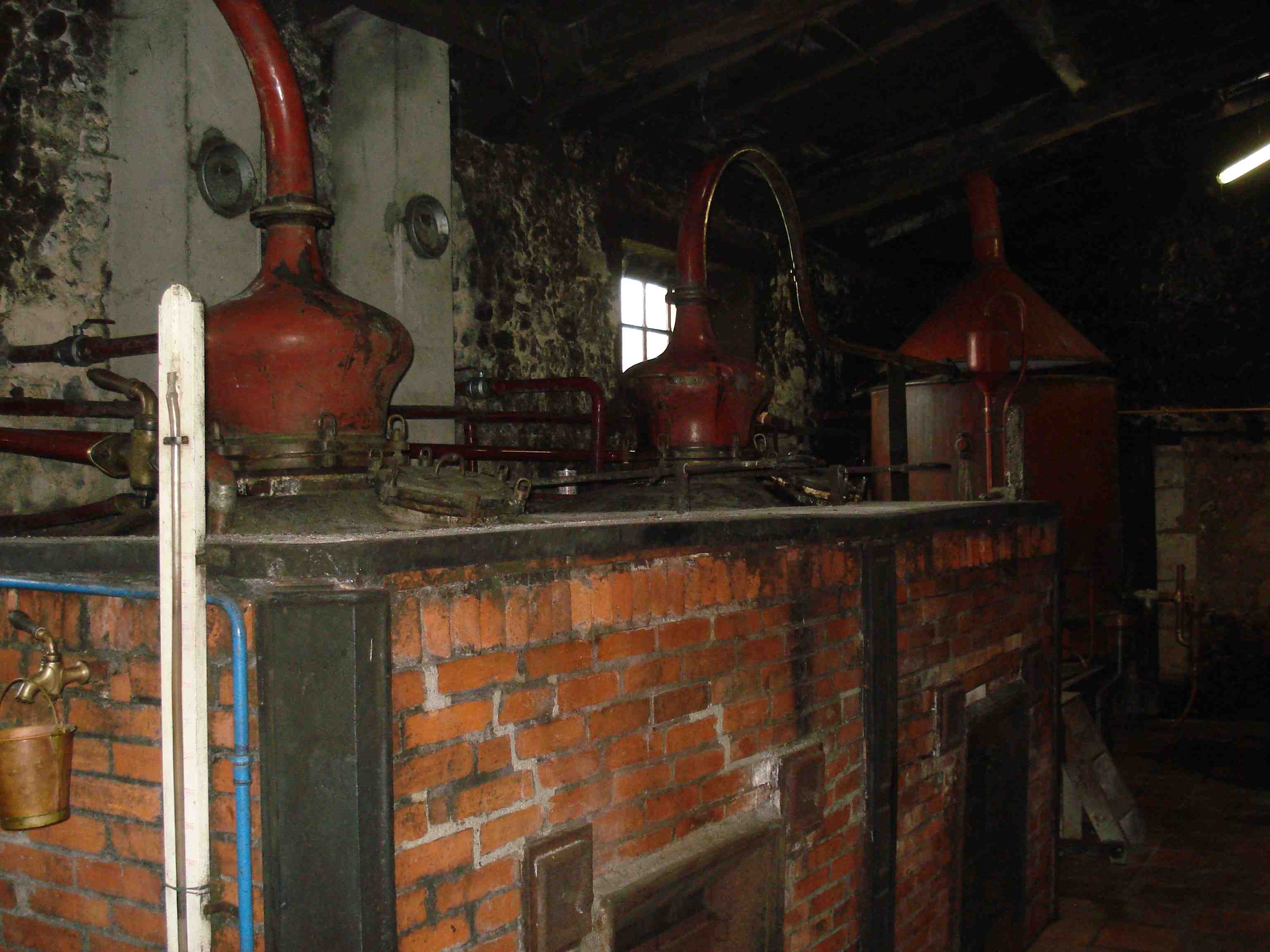 Julien points at a blue tube coming out of the boiler.

“We had no idea what this tube was all about. Why would there be a water tube going into the chaudiere… into the fire? I tell you why: Because at that time, they heated with wood, not with gas like it’s done today. They used the cooling water for finishing the fire. Pretty smart, right?”

Passing the newer pot stills we arrive at the cuve/vats, where the wine is fermented and largely produced. It’s quite an impressive atmosphere, each cuve appears to be huge.

I had forgotten the capacity of each wine cuve, but a few days later Julien reminds me via email: The “stockage de vin” has a capacity of 4000 hectolitres and there are 25 cuves. 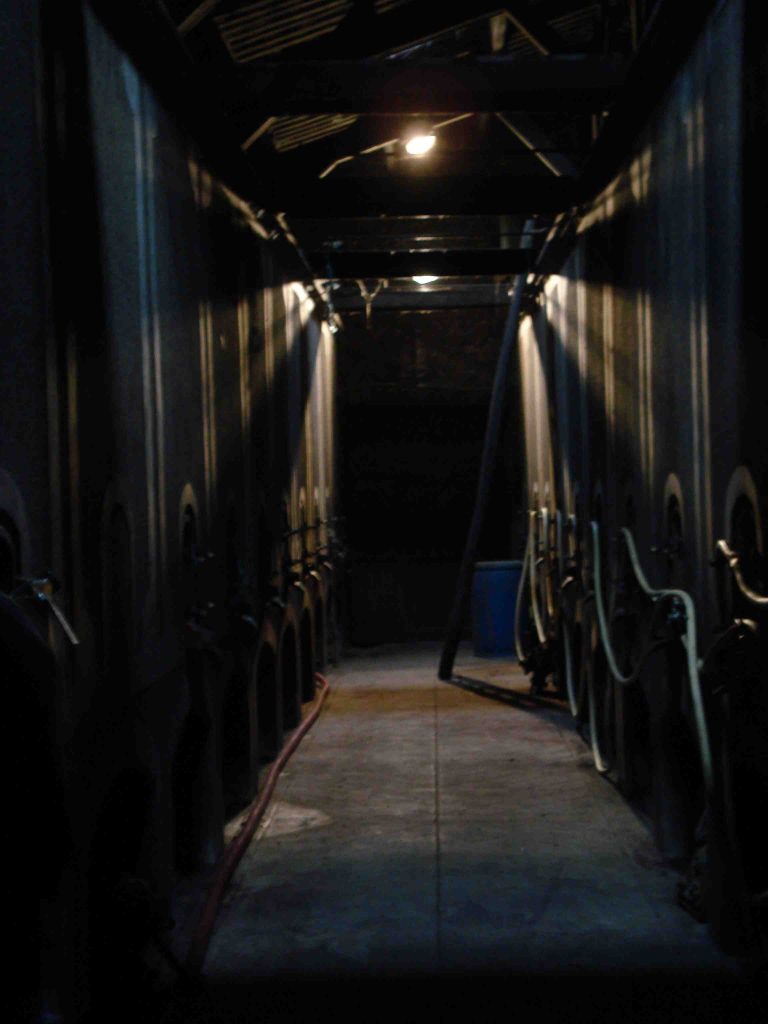 Finally, we enter another room. I see a huge silver-colored ‘cuve’ unit that says “XO” on it. This must be the good stuff. Actually, there are the coupes for the XO, and the VSOP and VS are in cuves.

In a corner, I discover some pressing machines, which appear to be quite old. Retro Cognac fanatics would probably freak out at this place.

Julien points at some stock and tells me that this is the eau-de-vie, which has been produced with the alembics from the 1920s. 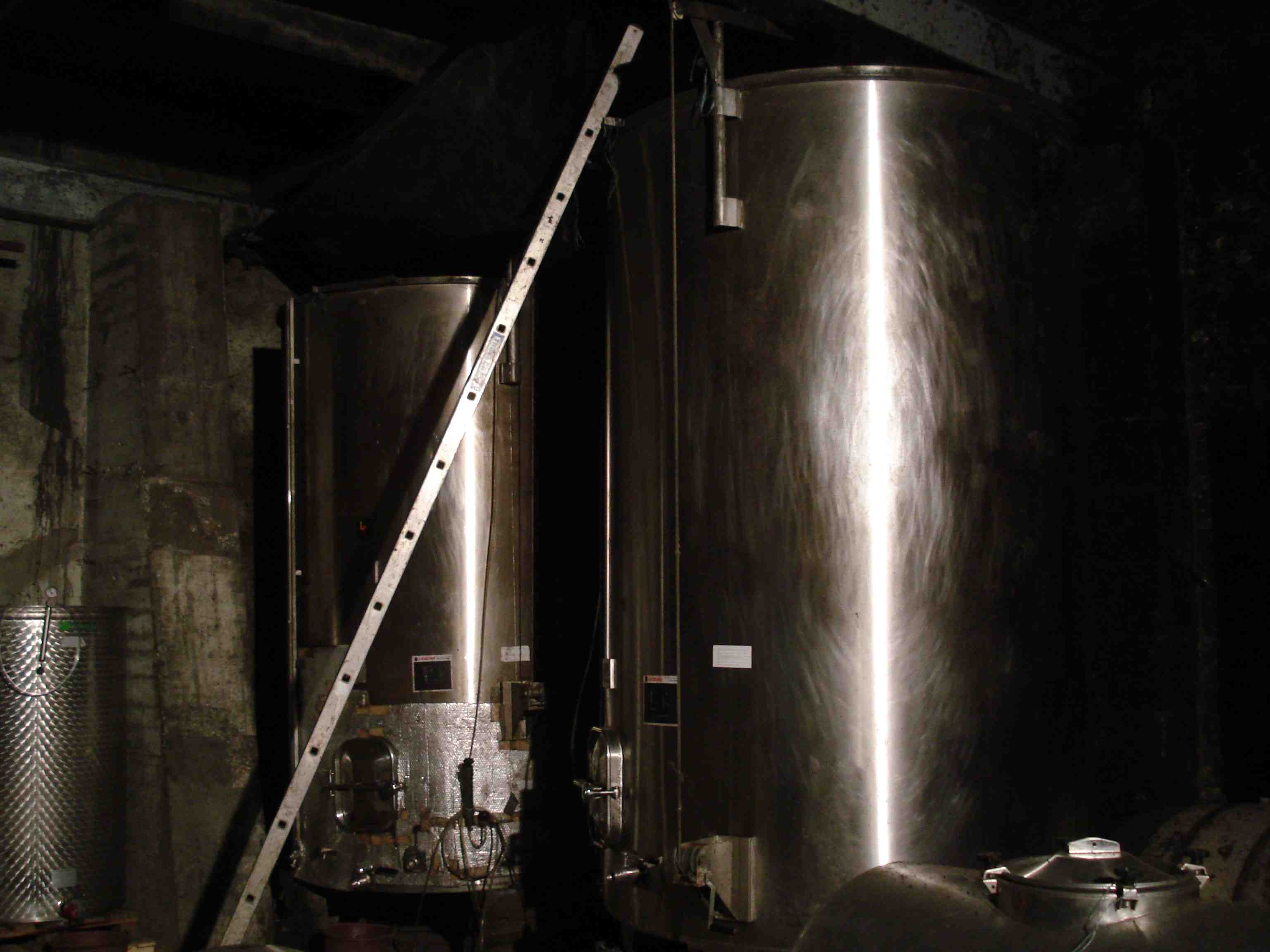 At one of the “cuves inox” I discover some isolation material. Julien smiles and explains:

“Oh, that’s just something the former owner used to cool it down during the vinification process. We’ll use something else.”

Plans for the future

We head back to the house, to the temporary tasting room, and grab a glass. I wouldn’t have minded staying there, but Julien preferred us to go back to the living room. He pours himself a Pineau and I receive a very nicely balanced XO Cognac from the brother’s brand Rastignac. 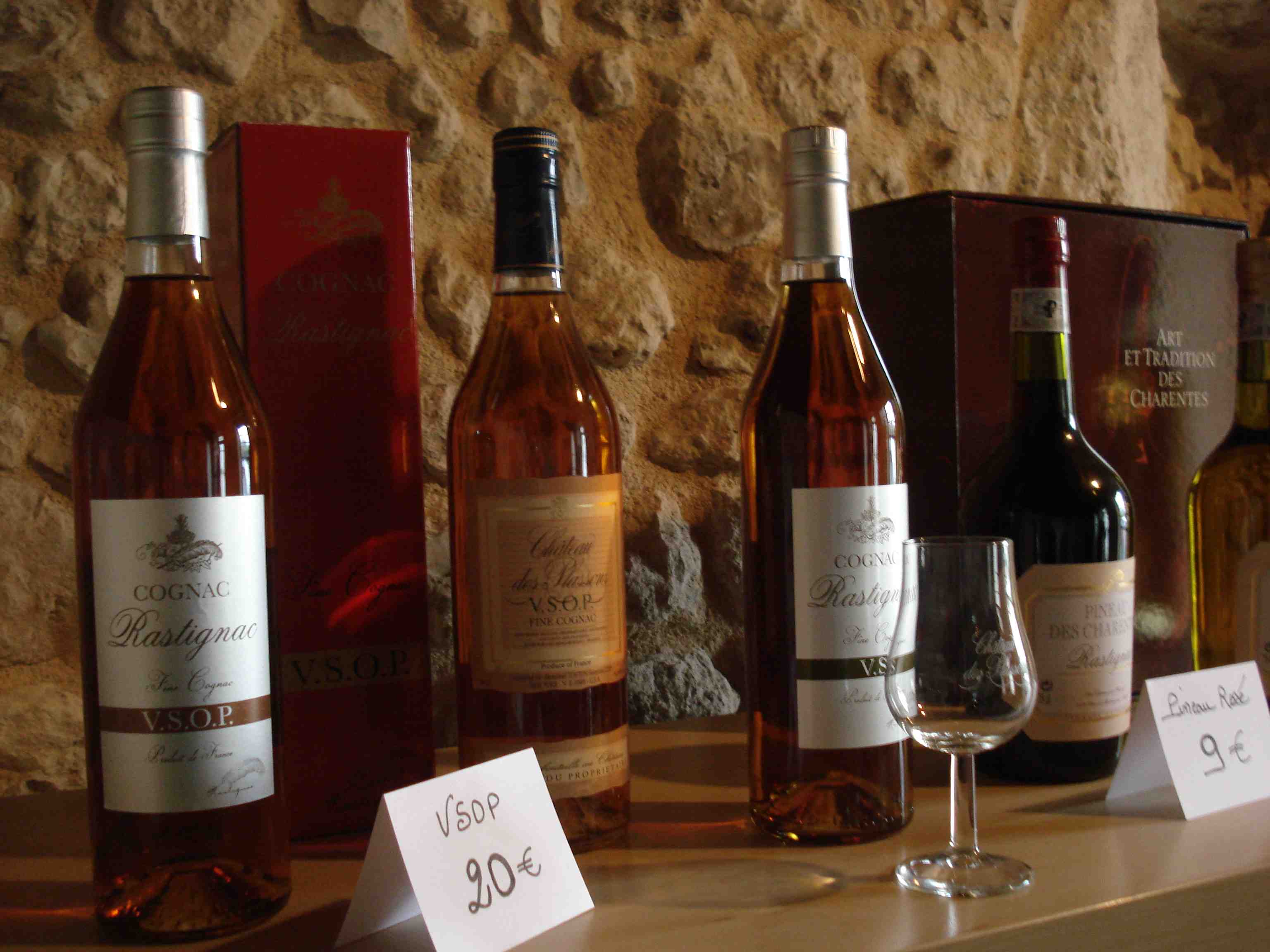 Julien’s wife tells me about their plans to set up their own gîte holiday rental. This might be a good idea, as agrotourism and vineyard holidays have grown in popularity lately. They tell me about how they make the most of the nearby town of Aubeterre, one of UNESCO’s World Heritage sites; said to be one of the most beautiful towns in France.

I figure I like these people. They have big plans, stopped doing something they were not at all made for, and started something totally different.

“Sometimes it’s also a bit hard. Before we lived in Paris, now in the countryside. You also have to make some sacrifices. But it’s definitely worth it.”

I ask Julien how delighted their father must have been when he was informed that the family tradition would continue. From his reaction, I saw that it must have been an incredibly enjoyable moment for father Pannaud.

My time comes to leave the château, and my departure is also rather beautiful. As I look up to the top of the hills, I notice a church peacefully overlooking the estate. My experience of visiting the Pannaud brothers has been both interesting and inspiring, their journey is one of adventure and I wish them all the best in their endeavor. The estate itself, and indeed the equipment found inside, has lead me back through time and it is wonderful to see how the brothers are working to maintain the historical elements of the château and the Cognac making process. 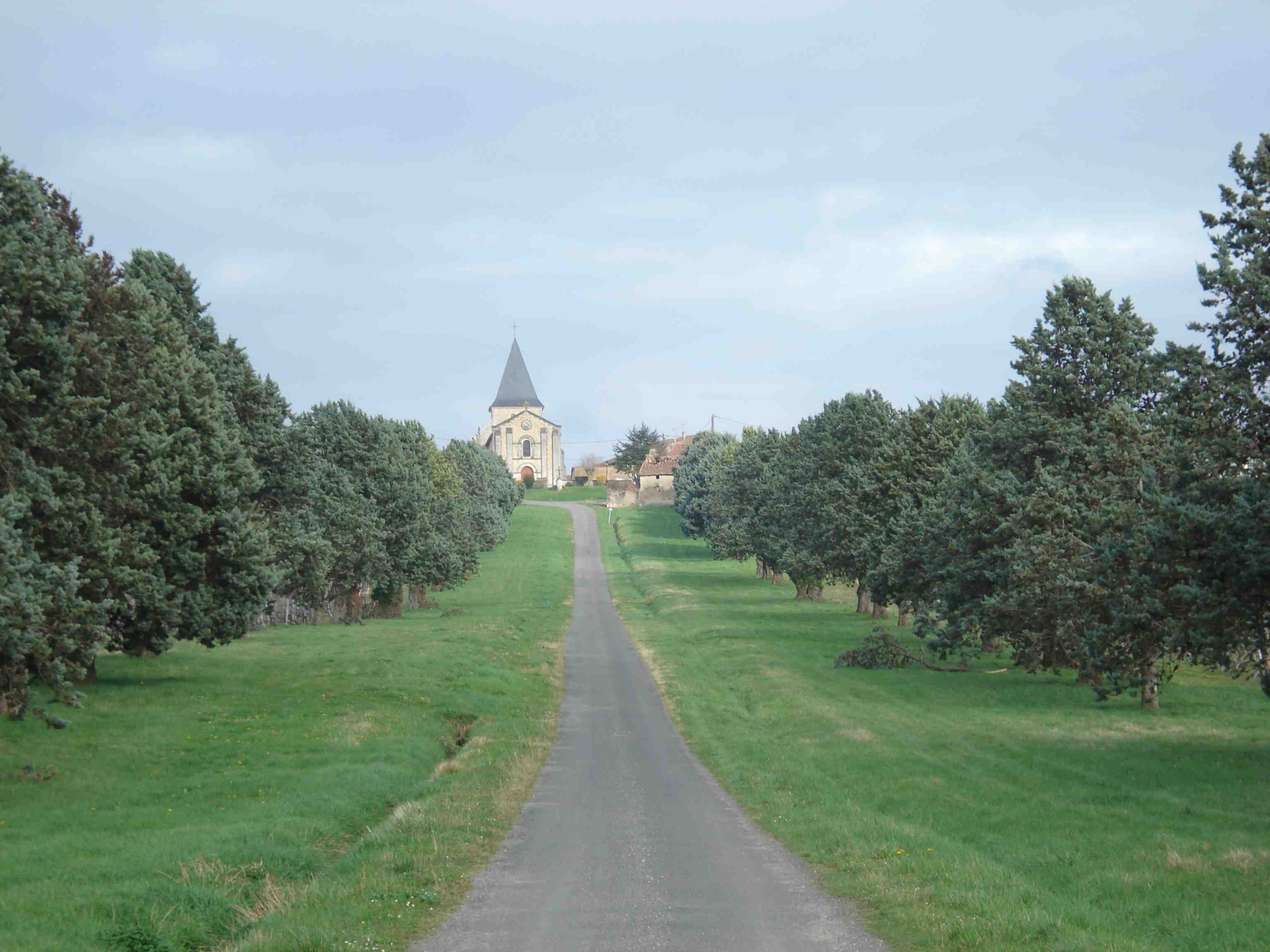 You can find here Château des Plassons’ products and also a list of the Rastignac range. All of their Cognacs are strictly produced from the vineyards which are planted around the château and the Cognac is also aged and bottled here. 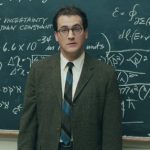 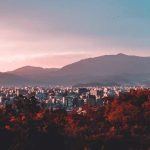