These days it seems that if you want to promote your spirits brand, you need a celeb to back it. From rap stars to actors, country singers to comedians. It’s not a new trend though, Sean Connery used to promote Jim Beam and spirits were product placed in movies. Recently the “testimonial” trend with Cognac really got a shift.

So, let’s have a look at some famous faces that back or support certain brands.  We looked for all kind of different celebs.

1. Dan Aykroyd (you know, Dr Raymond Stanz from Ghostbusters) backs Crystal Head Vodka, produced in Newfoundland, Canada.  We’d have thought he was enough of a mega star not to have needed the extra few millions.

2. Sean Diddy (also known as Sean Combs or P Diddy or Puff Daddy or Piddy Paddy or whatever name he’s going by now – identity crisis anyone?) promotes Ciroq Vodka and has pulled in funny man, Aziz Ansari, to lend a helping hand.

3. Danny DeVito kinda made Limoncello his own after downing seven of them and then appearing on The View (a U.S. TV show).  Limoncello were quick to cash in on this incredible marketing opportunity and within six months DeVito’s name was synonymous with the drink.

5. Marilyn Manson backs his very own line of absinthe – Mansinthe !

6. Bill Murray’s character in the film Lost in Translation made a blatant plug for Suntory Whiskey.

7. Okay, it was a while ago, but back in the 80’s Seagram’s Golden Wine Coolers chose Bruce Willis chillin’ on a porch to promote the drink.  Hey – that was back when he had hair! See the video:

8. Billy Dee Williams (you know, Lando from Star Wars!) was the face behind Colt 45 (the beer, not the gun!)

10. Willie Nelson lent his name to the six year old Kentucky Bourbon – Heaven Hill. And the best of the rest!

14. Bethenny Frankel (yep, we had to ask too…  A reality TV star, apparently) and Skinnygirl Margarita

17. Spike Lee and Absolut Vodka. But we have to admit: Absolut has a long tradition of collaborating with artists. Lee is one of many.

19. Michael Imperioli and 1800 Tequila: A whole concept. See the image below with the website screengrab. 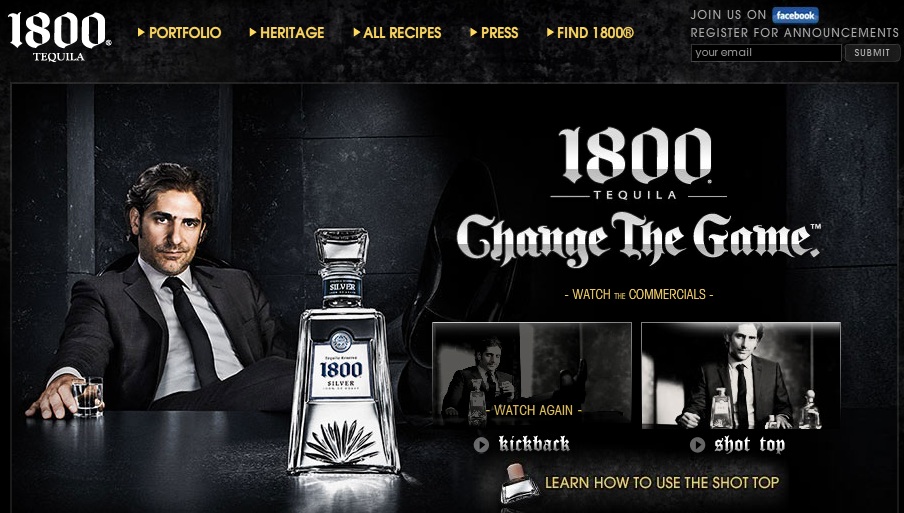 20. And last but not least, even when still not released: Dr. Dre’s Aftermath Cognac, if it’s now with ABK6 or not – we do not know. But it’s in the pipeline, somewhere. 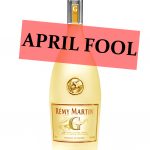 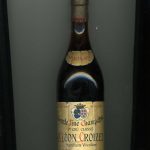