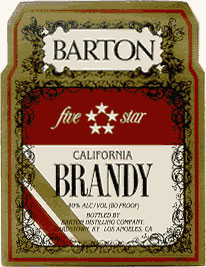 Across the pond, in California, there’s a subtle change occurring in the art of mixing cocktails.  Due to the sometimes high cost of the better Cognacs, bartenders are re-discovering the advantages of using California Brandy to create their cocktail masterpieces.

During the 19th Century, there was a healthy brandy industry in California, and brandy cocktails were common in many pre-Prohibition bars. But the industry tailed off during the Prohibition and following years, but eventually production re-commenced, and in the mid 1990’s Germain-Robins brandy was publicly praised by connoisseurs and critics for the quality of the brandy.  This provided a huge boost to the California brandy industry, and the popularity has continued to grow ever since.

Brandy made in the USA

There is a strong similarity in the production of both Californian brandy and cognac – both being made from white grapes, although the type of grape used in each differs greatly.  The brandy produced in California uses a wide variety of grapes, all dependent on the location of the distillery, the soil type and the production process.  Probably the best known of all Californian brandy is simply known as ‘Brandy’, or ‘Grape Brandy.’

The different brandies produced are particularly well suited to cocktails, and the rise in demand has seen the brandy industry grow in size and rate of production.  But whilst staying true to the traditional brandies, the producers are also forging ahead with their cognac inspired creations, such as the Napa made Etude XO and the Etude Alembic Pinot Noir.  There is also a planned release of a brandy made from Zinfandel grapes.

Whatever happens within the industry, it looks as though the popularity of Californian brandy is set to increase even more over the coming years. 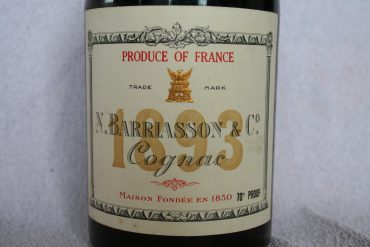