Well, he may well be better known for his roles as an all action hero in many different Hollywood movies, but now it seems that Bruce Willis might well have to turn his hand to the rescue of our beloved eaux-de-vie.

French drinks group, Belvedere – owner of Marie Brizard (Gautier“>Gautier Cognac) – is, and has been for a while now, in huge financial difficulties.  The subsidiary, believed to be worth 185 million euros, is now under threat of liquidation.

So – where does action man Bruce Willis star in all of this?  Well, apparently he’s a 3.3 per cent stake holder in the Belvedere Group – and in terms of a company worth a cool 580 million euros (as valued in July 2008 when the firm’s debts were first restructured) – Mr Willis’s share accounts for a substantial sum of money.

Of course, it remains to be seen whether or not the multi-millionaire actor will decide that he’s up for this role.  The creditors meet on the 18th September to decide the fate of Marie Brizard, who own other spirits as well, such as William Peel and Glen Rogers Whisky, San Jose Tequila and Sobieski Vodka, as well as Gautier Cognac. 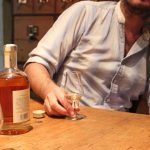 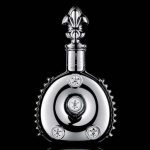