“Cold enough to freeze the tale off a brass monkey”

Stir all ingredients together in a rocks glass over cubed ice.  Garnish with half a slice of orange.

Between 1803 and 1815, the Napoleonic wars were waging in the waters around the British Isles with defensive ports covering much of the modern day European coastline.  Trade embargoes where in-place across many of these ports limiting supply of many popular European commodities, of which French brandy was very much a big part.

The high seas and low winters experienced by the offers and crew of all seafaring nations during the 19th century, could be harsh to say the least.  An expression still commonly found today expressing the extreme cold is ‘Brass Monkeys’ coming from the modern interpretation – Cold enough to freeze the balls of off a Brass Monkey.  Say no more.  The origin of this saying does have some rich debate over the definition of a Brass Monkey or it’s said appendage, one thing we do know is that the term is naval in origin and can be referenced back to the 19th century, a time juxtaposed by two great warring men and their mutual appreciation for Brandy. 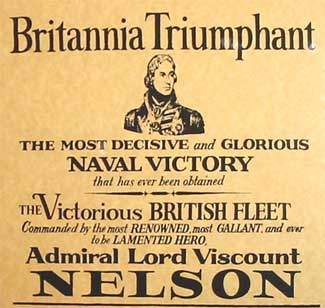 In 1805, an armada of 33 French and Spanish ships of the line were defeated by the British at Trafalgar presenting Britain with their first major naval victory of the war and their first major celebrity, Admiral Horatio Lord Nelson.

Unbeknownst to most, the man immortalised on top of Nelsons Column in the aptly named Trafalgar Square in London, was – along with his missing eye, arm and many teeth – highly susceptible to seas sickness.  Perhaps not the A-typical vision of a hero, but a hero none the less with bravery well documented in both his many battles as well as recreational lifestyle – such as trying to club a fully grown polar bear with a rifle butt after shooting it seemed to have no impact….balls of a Brass Monkey you might say?

As a perfect 50/50 mix of both port and French brandy, ‘Nelsons Blood’ became known as the drink given to his Admiralty to remedy the times of mal de mer or seasickness.   Despite his victory at Trafalgar, Nelson took a fatal sniper round and died before the final victory could be enjoyed.  To preserve his body for the return voyage to England and a state funeral, the ships surgeon elected to preserve the body in a barrel of French brandy which was lashed to the deck and under guard for the entire journey (stories of sailors drinking this brandy out of respect for Nelson is merely fantastical hearsay – however a good yarn).  Despite preserving the body in near perfect condition, the ships surgeon was greatly criticized for his choice of preserving spirit when common practise dictated using rum instead (merely as rum was a lot cheaper to acquire than fine French brandy, not due to any different effects).  The barrel in which rested Admiral Nelson needed to be topped up more than once on the return journey due to the body’s natural absorption of the alcohol….or was this Nelson merely making the most of a convenient situation? 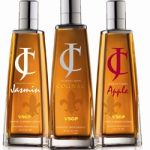 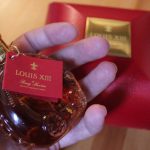 Knock, knock: It’s your Highness Louis XIII at the Door