It’s been a while coming, as it was always going to take a special person to fill the shoes of the late Bernard Guionnet, but the BNIC has now appointed a new chairman.

However, Jean-Marc Morel, the Director of Martell Cognac, is certainly a man who should be able to do that.  The 50 year old has been Vice-President of the BNIC since 2008, and seems to many to be the logical choice for the top position.  He has been elected for a period of three years.

Of course, other directors of the ‘big four’ cognac houses were also considered.  But Patrice Piana, Director of Remy Martin, says he has never considered the BNIC position.  Hennessy, as number one producer in terms of size, wasn’t really in the running, for fears of the monopoly this would cause.  Which leaves Courvoisier, and CEO, Patrice Pinet, who is devoting all his attention to the running of his own company, with no time to devote his loyalties elsewhere.

The aim of the BNIC will of course remain to promote and develop cognac, defend the use of the name ‘cognac’, and of course to support the collective interests of the growers, producers and cognac traders. 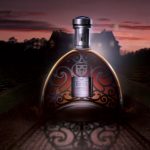 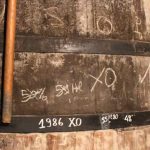