“An efficient bartenders first aim should be to please his customers, paying particular attention to meet the individual wishes of those whose tastes and desires he has already watched and ascertained…In this way he will not fail to acquire popularity and success”

Heat a strong brandy balloon under hot water, add all ingredients except cognac and orange zest into the glass and warm over a rocks glass full of hot water.  When warmed carefully ignite, rotating slowly to coat the inside of the glass and feed the flames.  Once the coffee beans become aromatic, add the remaining cognac and snap in the orange zest continuing to rotate and mix.  Extinguish the flame by placing a napkin over the rim cutting off the air.  Pour all into a fresh ambient balloon and serve.

Jeremiah (Jerry) P. Thomas (1830 – 1885) has been described as the “father of mixology”.  Born in New York and travelling from a young age following the mid 19th century gold rush, Thomas’s life began taking another turn while working in bars in California between prospecting for gold.    When Thomas finally returned home in 1851 he opened the first of four bars he would own in New York over his career.

Thomas spent his consecutive years touring as head bartender for great hotels covering all the major corners of the US from San Francisco to New York to New Orleans and many more between, including more than one trip across the Atlantic to visit the UK.

Thomas became popular for not just his wide range of cocktail knowledge or his dedication to customer service, but also for his unique performance behind the bar and his array of silver plated and gem encrusted bar equipment.  When visiting the Occidental Hotel in San Francisco in the late 1880s, a gentleman defined Thomas “all ablaze with diamonds” from his cuff-links and rings to shirt pins and mixing tins.  While tending bar at at the Occidental Hotel, Thomas was recorded as earning up to $100 a week, which at that time was more money than the Vice President of the United States.

One of Thomas’s signature serves – and definitely one of his most memorable – was the dramatic Blue Blazer.  A concoction of French brandy or Scotch whisky, diluted with equal parts water (spirits were evidently of a high alcohol volume back then) and a little powdered sugar before igniting and “throwing” (pouring from a height) the blazing drink between two tankards to the delights of the crowd.  This is naturally where we insert a word of warning to large handed men and long-sited hobbits, but why not let the master install some obvious words to the wise;

“To become proficient in throwing the liquid from one mug to the other, it will be necessary to practise for some time with cold water”.  – Bar-Tenders Guide, 1887, page 51

To install some of my own advice, until proficient try to abstain from using silver or pewter mugs, softer metals have an annoying habit of melting on you.

Jerry Thomas was a man who is widely regarded today as the father of the cocktail.  His career took off around the golden age of the cocktail when America were charging forward with this new social trend which had replaced the old days of the punch bowl and for the first time gave individuals the change to choose a drink specific to their own tastes and style.  Thomas solidified his role in this by publishing the first ever cocktail guide in 1862, aptly entitled, How to Mix Drinks or The Bon Vivants Companion. Of the few images depicted amongst this collection of almost 200 drink recipes was a perfect illustration of the man and his signature moustache while throwing the legionary Blue Blazer.

Subsequent further editions of this drinks collection were published over the next few decades to the delight of the public with Thomas’s love for Brandy cocktails evident in the contents which lists under Brandy such drinks as; 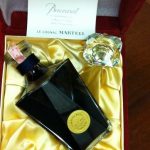 Return to Growth for Rémy Martin 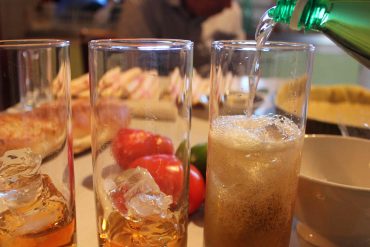