Pineau, cognac’s ‘little brother’ is once again the subject of controversy due to a new finance bill passed in late November.  This bill, which plans to lower the taxes on both wines and Pineau liqueurs, has caused much heated debate between the spirit producers and those of wine and liqueurs.

This battle, which commenced some twenty years ago, will see the increase of around 3 million euros to the region of the Charente according to Christian Baudry, the former Président du Comité du Pineau des Charentes (now the Président du Comité National des Producteurs de Vin de Liqueurs).  He calls for fair play from the cognac producers and asks that they applaud this ruling, rather than siding with the critics.

If the law does indeed come into effect, it will see a decrease of the current 20% tax applied to Pineau but there is some strong opposition from the French spirit federation – the Federation Francaise des Spriritueux.

Monsieur Baudry also asks that the cognac producers remember that their sales in France are way higher than that of Pineau.  He points out that those who are shouting the loudest about this proposed changes did not lift a finger when indexing taxes on the cost of living back in 2008.

It was understood that everybody would be happy with this lowering of taxes on wines and Pineau liqueurs as long as this is not offset by new taxes on spirits.

One of the main problems is that the producers of cognac do not want to recognise Pineau as part of the cognac family.  This ‘vin de liqueur’ is usually drunk as an aperitif and is produced from a blend of cognac and unfermented grape juice (grape must).  Legend has it that back in the harvest of 1589, a wine maker added grape must to a barrel of cognac by accident.  It was returned to the cellars and duly found some years later.  On tasting the contents, Pineau was born.

This issue has caused some heated debate between senators in the Charente and Charente Maritime.  A joint committee will decide on the outcome in a few days. 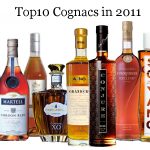