It seems that every week we report about the rising sales of cognac in the Asian, and in particular, the Chinese, market.  And indeed the star continues to ascend in this respect.

But the fastest growing market right now is not Asia, it’s Africa.  And to be more specific, the country of Nigeria, according to the Chief Executive Officer of the African division of the Distell Group, George Schooling.

Distell owns Bisquit Cognac, and as the cognac is unveiled in Nigeria, Mr Schooling made some interesting (and bold) claims – with the most dramatic being that he will ensure that Bisquit Cognac dominates the Nigerian market in the shortest possible time.

Fighting talk from Bisquit indeed; although no-one can debate that the Nigerian economy is flourishing, even though this is a place where poverty and affluence brush shoulders literally on either side of the street.  But despite this, the luxury goods market in the country is on a meteoric rise.  And with other cognac giants such as Hennessy to content with, Bisquit Cognac will have to pull some unique and clever marketing strokes to reach their goals.

Hennessy produced a cognac in 2010 specifically to celebrate Nigeria’s 50th anniversary of independence, and their Nigerian Marketing Manager, Tokini Peterside, said that “for Hennessy Cognac, Nigeria ranks among the top 10 consuming countries in the world.”

But back to Bisquit, and Distell and the distribution companies are keen that the company is seen to be carrying out its social responsibilities, such as promoting responsible drinking and actively adding to the economy through local employment.

Lizzy Iroha, Marketing Manager of Next International Limited and the country representatives of distillers, has said that this partnership will “ensure a very robust and unmatched penetration of Bisquit Cognac into the Nigerian Market.” 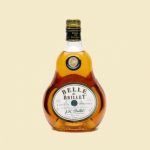 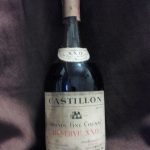