The longstanding romance between Russia and eaux-de-vie is no secret, but now that wealthy Russians are buying up some of the smaller, family run Charente vineyards that have run into financial difficulties, the French are sitting up and taking notice.

Russians love cognac – pure and simple.  So it should really come as no surprise to the French that they have jumped at the chance to be right in at the firing end.  After all, it’s because of the French peculiarity that they prefer a glass of red wine to that of cognac that the region has to rely on exporting to bring in the profits.

But in inimitable Gaul style, the French are seeing the Russian encroachment not as a lifeline, but as an invasion.

80% of the cognac market is owned by the big four – Remy Martin, Courvoisier, Martell and Hennessy.  The other 20% sees small, family owned vineyards struggling to make ends meet.  So, in 2007 when Russian restaurant owner Vadim Vacharvsk paid nearly 35 million euros for the bankrupt Croizet-Eymard you’d think the French would be happy to see the vineyard saved.  Add to this that Vacharvsk expanded the business from its meagre 23 acres to 138, enriching the job market in the area. and most people would think he’d be onto winner.

But not so in France, where he was regarded with suspicion and amazingly denied access to opening a French bank account.  After trying for nearly eight months he was forced to invest his money in a bank outside of France.

And he’s not the only one, because Russian company Aroma was also denied access to the French banks in a similar situation.

Of course, the suspicion of the French towards the Russians is further fuelled by their use of the Cyrillic alphabet to market brandy as Koniak.  The BNIC was the first to bring this to the attention of the masses, expressing its disapproval and has since refused to have any further association with all things Russian.  Charles Henry King, a native of Cognac who works for the lawyer firm CMS Russian says that this worry is pointless, as both are marketed to an entirely different market, and that the Russians still know, love and appreciate cognac from France.  So there is no chance of the two products being mixed up.

But old feuds die hard – and it seems they’ll be no waving of the white flag between the two nations in the near future. 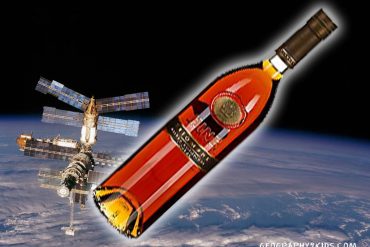