When brothers, Augusta-Christophe and Gustavo Meukow, left their native Russia in the latter part of the nineteenth century in search of cognac for the current Tsar, little did they know that they were beginning a journey that would last far into the future?

Exactly 150 years ago, in 1862, the brothers founded Cognac Meukow – and they never did return to their homeland.  As the years passed, the house passed through many different hands until 1979 when it was acquired by the current owner, Michael Coste.

A Celebration of 150 Years

This year sees Meukow Cognac celebrate not only its 150th anniversary, but also the creation and continued success of the family business, Companies de Guyenne.

The family has worked hard to bring Cognac Meukow to the attention of the world’s cognac aficionados.  Now the house boasts a full range of cognacs, from VS through to an XO, XO Grande Champagne and an Extra quality.

Some of the milestones of both Cognac Meukow and Companies de Guyenne include the following:

1993 saw Michael Caste decide on the panther logo which adorns every bottle of Meukow Cognac.  At the time this caused a stir in the world of cognac as being somewhat ‘risqué,’ with a definite seductive and leaning towards the sex appeal of the drink.  Today this approach has been embraced by the industry as a whole, thankfully bringing cognac back to the attention of the younger drinkers and the luxury market.

Total renovation of the Cognac Meukow HQ at Rue Pascal-Combeau, Cognac, and the creation of a visitor experience known as ‘From Amber to Light.’

Today the business is worth approximately 42 million euros, distributed between the products of cognac (50 per cent), brandy (25 per cent), pineau (15 per cent) and the rest divided between other products such as liqueurs and spirits.

Cognac Meukow is truly a family business, with sons, daughters, children and spouses all having a hand in the house’s success.  They also are responsible for 84 employees who all do their part to bring the eaux-de-vie of Meukow to a global market.

Cognac, Cigars and the World Famous May Fair Hotel 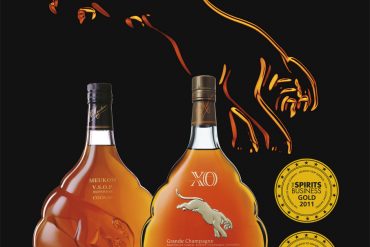 Comandon and Meukow Cognacs End the Year in the Spotlight 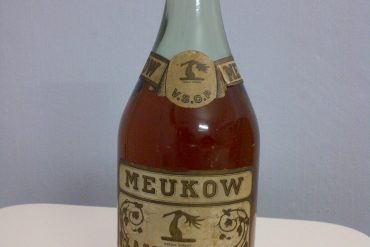